I have always loved rummaging about places that have stories to talk about when you make a trip there or go someplace your friends and family actually want to hear about! And a trip to Jordan surprised me to the very end!

From ancient, man-made phenomena to modern cities, soul-stirring desert landscapes to unforeseen seas, Jordan fell squarely into my bucket list category of bragging rights, a land of fascinating contrasts and history, all within a single country. On arriving to the Amman airport as the taxi inched closer to the Petra guesthouse hotel, my eyes began to light up. Making my onset at this city with the sun dipping behind the mountains, it turned out that I already was in all awe of monumental city. I couldn’t wait what was there in store for me next morning.

On my very first day at this city I visited the Mt.Nebo from where I had a boundless view over Jordan, the Dead Sea and Israel. As the weather was clear, the border of Jerusalem was in visibility range too.

Upon arrival at Madaba I was entranced by the Mosiac marvels. All the attributes depicting the Sea, these million pieces put together unveiled the largest mosaic art in the world that can ever exist. What was more fascinating was the detailed map of Jerusalem as it was during the sixth century AD located centrally on this mosaic floor.

After being astounded with this artwork I reached my first stop nearby Mount Sinai, St. Catherine’s Monastery; where Moses received the 10 Commandments. I spent a long time scrutinizing religious artifacts at the Monastery but soon it was time to take to the road again. Hitting the road the Bedouin way I found myself marveled at the beauty of the striking silhouette of the fortified town and castle of Kerak.

Known for the crusaders walking down this beautiful maze of stone vaulted halls and endless pass ways, one can only realize the primeval stories each of these stones and rock depict. How drenched they are into history. Just a simply walk down to this beautiful town of Jordan was enough to relive the agelessness it devoured.

Next on the plan was to make a move towards another milestone, visiting one of the Seven Wonders of the World. A trip down the most anticipated rose-red city of Petra, covering an area of about 100 square km, where over 800 monuments can be found. This was one of the places I was really looking forward to on my trip to Jordan, and let me just say, it did not disenchant. I spent the day exploring the vast, ancient city, wandering along narrow canyons and exploring the famous Indiana Jones facades. My camera couldn’t stop flashing by as at every seam you can witness here steep valleys of limestone, sandstone, and granite with surreal colors.

Walking in deeper into The Colored Canyon, I was flabbergasted with the intricate swirls of blazing red entwined with stark yellows and deep purples. As the late afternoon sun began to set I could see the secrets this city had to unfold from a topmost viewpoint that overlooks the famous treasury. Every step deeper into this red carved limestone monument it felt I was in a word of my own. The stunning rock formations here are a true reminder of the fact that sometimes nature is really the utmost artist out there. The sights were spectacular but it was the opportunity of witnessing them so closely that made the place truly spellbinding, a journey meriting a story all on its own.

Some sunsets can set your path ablaze!

Another day was set for another adventure to the jagged mountain popularly known as the Seven Pillars of Wisdom. Yes Visiting Wadi Rum was all about its immensity, color and awe-inspiring shapes creating an almost supernatural atmosphere. Upon arrival here you can feel the Bedouin regime and culture further. Walking along barefoot on the dark sand of this famous desert valley it is easy to imagine you are lost in some lunar landscape, unchanged for millennium. As the afternoon clouded over, the sun would peak here creating a perfect dramatic backdrop to the expedition.

After visiting the highs it was time to proceed towards the lowest point on Earth the Dead Sea. At 400 meter’s below sea level, the Dead Sea is infinite in what it has to offer. Parching straight under the sun, I tip-toed my way down to the water and eased my way in. As soon as you step into the Dead Sea, you float. Because of the high density of the super salty water, you can’t sink if you tried.

Minutes later I found the child in me awake smearing myself from head to toe with the mineral-enriched mud from the Dead Sea. And the mud playtime came in with many health benefits too! It was easy to float in the Sea watching the day wrap up in front of me and reflect back on my time in Jordan with nothing but delight and a feeling of triumph.

What a way to end my time in Jordan.

If this was not it, Amman’s capital city Jerash had me fascinated with its displays in the Archaeological Museum, and digs and ruins everywhere you step.

All in all, Jordan was amazing.  No country has ever surprised me as much as this one did, and I mean it when I say I can’t wait to go back and spend more time there. This is one trip reading about it again and again still inspires me to pack my bags immediately and make another run for it.

Dreaming and living the wanderlust life at my early 20's, I have always thrived on my long bucket list. Yes a list that counts up to more than 75 odd countries, I have been lucky enough to witness the magic of 20 awe-inspiring countries already and it still keeps me yearning for more. View all posts by globetrotting365days

3 thoughts on “Jordan a country of Wonders! Not just one of the 7 Wonders of the World but many more!”

Brussels: Much more than just a transit city!

Most of the destinations I have checked off the list have been on my mind and list to explore since a while! But whenever it came to the city of Belgium, Brussels had never really been high on my bucket list of places to visit. Brussels for me had always been a transit country. I … END_OF_DOCUMENT_TOKEN_TO_BE_REPLACED

Why Iceland is called the ‘Land of Fire & Ice’? Let’s discover now!

Iceland is called the Land of Fire and Ice and now that I’ve visited, I understand why. Iceland has around 45 volcanoes and the Vatnajökull Glacier is the largest icecap in Europe. Driving around this beautiful island there is always either a volcano or glacier in sight… Iceland was definitely topping my list as one … END_OF_DOCUMENT_TOKEN_TO_BE_REPLACED

Has diving between two continents ever been your bucket list?

No trip to Iceland is complete without exploring the Golden Circle, and today I was going to discover why. It was an exhilaration filled morning unveiling the fact that the Golden Circleroute takes you through some of the most amazing sights in central Iceland, with scenery ranging from natural sites to historic landscapes. I started on … END_OF_DOCUMENT_TOKEN_TO_BE_REPLACED

When I finally made it to the place on top of my Bucket List: Iceland

Going to Iceland had been on my wish list for years. I was enticed by the otherworldly landscapes, the rich cultural output, and, of course, the Northern Lights. It had always been one of those out-of-this-world destinations where adventure is found around every corner. And that’s when I realized that I couldn’t spend any more … END_OF_DOCUMENT_TOKEN_TO_BE_REPLACED

Dreaming and living the wanderlust life at my early 20's, I have always thrived on my long bucket list. Yes a list that counts up to more than 75 odd countries, I have been lucky enough to witness the magic of 20 awe-inspiring countries already and it still keeps me yearning for more. Read More… 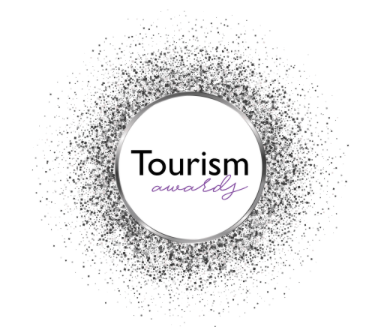